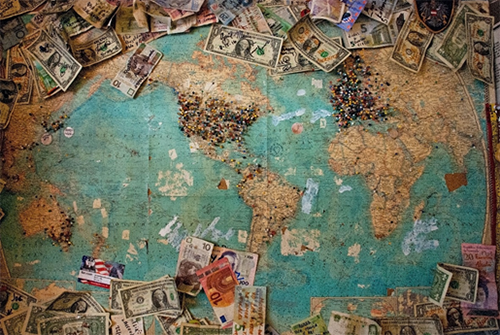 In 2012, The Economist penned an obituary for the Public-Private Partnership (PPP). The headline: ‘RIPPP’. Eight years later however PPPs are very much alive and the appetite for them has not slowed in spite of high-profile scandals and debates about the commodification of public infrastructure.

PPPs, while diverse and increasingly complex, can most easily be thought of as a long-term contract between a public agency and a private party to execute or operate a project. PPPs generally come in two forms:

I will freely admit that a combination of my graduate coursework and general news consumption has imparted a (what I like to call, healthy) apprehension of PPPs marketed as a fix-all for public procurement. When viewed through the lens of infrastructure development—the favorite vehicle of PPPs—evidence against them can cast a long shadow. One particularly high-profile case of corruption in PPPs involved Brazilian construction conglomerate Odebrecht. The firm admitted to paying $788 million in bribes related to contracts, engulfing multiple governments across Latin America in scandal. A common exploitation of the PPP model by firms like Odebrecht occurs in contracting. Private firms make low bids to secure contracts, then renegotiate them to drive up the cost, often by bribing public officials. Former World Bank economist José Luis Gausch found that 78% of transport PPPs in Latin America have been re-negotiated with an average cost of $30 million per addendum. In this way, it is easy to see how the cost of a road between Brazil and Peru ballooned from $800 million USD to $2.3 billion USD.

In cases where legality or criminal intent is not an issue, the PPP model has given rise to questions about its role financializing public infrastructure, delivering on promises of private sector efficiency, fiscal risk, and governance. And more pertinently, our understanding of what a PPP is and can be is evolving. The World Bank’s ambitious Maximizing Finance for Development Plan, for instance, aims to transform PPPs into investable assets, attracting private finance to public infrastructure like renewable energy and health.

As MITRE seeks to re-imagine the United States’ role in the world, PPPs can also offer a unique lens with which to put our assumptions into global context and learn how familiar models transform across borders. Given its strong association with state-owned enterprises, it may be surprising for many to learn that according to World Bank data, China has been the leading investor in PPPs since 2000. Fascinating research on the role of PPPs in China reminds us that we can learn much about a state’s relationships and motivations if we think locally about global phenomena and do not carry our assumptions across borders. What might PPPs teach us about the Belt and Road Initiative, for instance?

In many ways, my summer at MITRE has further complicated my view of PPPs and encouraged me to think more deeply about their diversity, utility, and purpose. While acknowledging the aforementioned pitfalls of the model, my project work has given me a vision of PPPs that seek less to privatize and financialize public goods and more to invite private industry into a trust-based relationship that unequivocally benefits the public. And that trust is predicated not on pure goodwill, but on intentional and well-executed governance, a robust security and legal framework, and multi-year engagement across multiple sectors. Moving beyond physical capital, MITRE’s work in this area sparks new ideas about the role of PPPs in information capital and the value of data and privacy to different stakeholders.

Yet even as we partner with industry in new and important ways, MITRE in many respects, embodies the transformational power of an opposing sort of partnership: the Public-Public Partnership (PuP or P2P). We can conceptualize PuPs as a collaboration between the public sector, non-profits, or non-governmental organizations to pool resources, knowledge, and expertise in the public interest. Sound familiar? PuPs often emphasize the creation of social value and community engagement in their problem solving, as opposed to the overwhelmingly financial considerations of traditional PPPs. Even the barriers to creating PuPs will sound eerily familiar to many at MITRE. Whether a PPP, a PuP, or some other acronym with too many Ps, there are endless depths to mine in how we conceptualize and build relationships between states, markets, and organizations. And with enough understanding of the benefits and risks, perhaps one day we will all have less cause to worry.

Rose Legrone is a graduate intern in the Human and Organizational Systems Department. She is pursuing a Master of Public Administration, with a concentration in Social Policy, at Cornell University.

Field of Teams: Building it so They’ll Come With Change Management

Supporting Sponsors to Solve Their Own Challenges: Moving From Exulted Expert to Guide

Thinking Outside the Boxes and Lines: Factors to Consider Before Restructuring

An Update on the Aviation Industry, with Michael Wells and Bob Brents