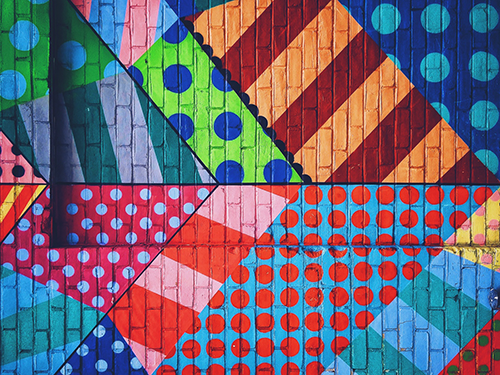 Photo by Jeremy Galliani on Unsplash

For the past 25 years, writers and scholars have consistently asserted that 70% of organizational change efforts fail (e.g., Ashkenas, 2013). For those of us who have devoted much of our energy to helping organizations adopt innovation and improve performance, it is discouraging to see the same failure rates quoted year after year. Despite our use of various methods over that time (e.g., Total Quality Management (TQM), re-engineering, restructuring, technology-driven and process-driven and culture-driven change), we seem unable to move the needle on the overall success rates of major organizational change efforts.

Recently, I found myself drawn to an approach to large-scale change that deliberately advocates for small-scale, bottom-up change: localism. Localism in social and political spheres refers to “the belief that power should be wielded as much as possible at the neighborhood, city, and state level” (Brooks, 2018). Localism has found success in communities where social trust may be low, when people have faith only in the relationships right around them, faith in the change agents who are right on the ground. These ideas are the foundation of self-avowed localist Deborah Frieze’s (2015) radical theory of change, in which she argues that the way we are trying to change the world – top down – will never work.

When I reflected on the concepts in the Brooks column and the Frieze video, I was struck by their similarity to core principles that underpin organizational transformation. If, as localists argue, their practices achieve change more quickly and effectively than top-down government strategies, might organizational change agents also produce better results using analogous practices? The following four principles of localism might inspire us to try.

The power to change is at the tip of the shovel

Brooks uses the tip-of-the-shovel metaphor to argue that localism flips the power structure in large government institutions. In localism, “the crucial power center is… where the actual work is being done… among those who have local knowledge, those with a feel for how things work in a specific place and an awareness of who gets stuff done.” This idea reminded me of decades-old TQM practices, which relied on fresh insights and problem solving by the people closest to the work. It also echoes the principles and practices of design thinking, whose advocates use employee-centric and customer-centric methods to identify unmet needs for the development of innovative solutions (Liedtka, 2015; Liedtka, et al., 2014). Design thinking tactics are specifically intended to engage people with local knowledge and awareness of day-to-day challenges in the development of new insights and solutions.

While Brooks and Frieze apply the concept of localism to achieving societal goals, many organizational change agents have learned the hard way that failing to take a customer/user/employee-centric approach to defining problems and potential solutions is a prescription for trouble. The troubles can range from slower-than-planned adoption of a planned innovation to outright resistance by the people whose actions are essential to achieving the promised benefits of said innovation. Change management practitioners have captured this reality in the aphorism, “People support that which they help create.”

No one solution fits diverse problems and diverse groups

Large social systems, like nations and large enterprises, consist of multiple identity groups with distinct sub-cultures. In organizations, sub-cultures may align with occupational groups, geographic components, customer segments or some combination of these variables. Organizational sub-cultures provide members with their professional identity, a sense of belonging, and a worldview, which makes sub-cultures an important source of stability and thus, resistance to change. And because sub-cultures often reflect knowledge silos, it is tough to find one-size-fits-all enterprise-wide solutions that will resonate with diverse groups.

Brooks argues that “localism stands for the idea that there is no one set of solutions to diverse national problems” (my emphasis). This principle, applied to enterprises rather than nations, suggests that large organizations will struggle to find one set of solutions to a diverse set of problems. Localism may help in two ways.

First, when local groups with different backgrounds and objectives explore problems from different perspectives, multiple solutions emerge. Such local activities foster innovation and local-level learning. Second, problems that are scoped so they can be addressed at the local level are likely to prompt small-scale experiments and small-scale solutions, which limit cost and risk. When solutions are tested iteratively, risks can be systematically explored, understood, and mitigated, improving the chances of finding what works. Thus, localism can generate two beneficial by-products: increased innovation and reduced risk.

Frieze argues that the problems faced by large institutions are often just too big and overwhelming to tackle with top-down, system-wide tactics. Breaking large-scale problems into smaller efforts keeps change advocates from feeling overwhelmed by the magnitude of the challenge and engages people who might otherwise feel the effort is beyond them. Changes that are driven at the local level feel human-sized and doable. Karl Weick (1984), my favorite organization theorist, found significant psychosocial benefits for groups that seek and achieve small wins. His study found that change leaders are less likely to get burned out when they feel able to achieve progress, which is easier when the problem is sized into smaller “chunks.” In addition, smaller-scale change initiatives can engage a wider range of people; this builds a larger cadre of internal champions because more people are invested in the success of changes they helped build.

The map is not the territory

Brooks compares national politicians who try to orchestrate big societal shifts to generals in Tolstoy novels, who “move pieces around the board, but the actual battle is nothing like what they imagine.” Or, as military strategists warn, “No plan survives the first contact intact.”

My management-science version of this truism is “the map is not the territory,” which I attribute to Weick (1992). He uses this metaphor to remind us that the greatest benefit of roadmaps and plans is their capacity to reduce anxiety about an uncertain future, rather than their ability to accurately represent that future. Change roadmaps instill confidence among leaders at all levels who must initiate action and among staff members who must follow leaders to achieve the promised benefits of the change. These plans are reassuring because they show a starting point and a path to a desired destination. But, as Weick points out, plans do not generate changes in an organization – action does.

Actions taken during a change initiative are inherently disruptive, and they nearly always trigger unexpected responses. That’s why the most effective change leader will operate more like a coach on the sidelines than a general in headquarters. Coaches prepare game plans (maps), but once play begins, their job shifts. During play, the coach needs to pay attention to what is happening on the field (the territory), catch things going wrong before they have gone wrong, and make timely adjustments.

Leaders of small-scale, local change initiatives tend to plan just enough to get their teams assembled and the ideas kicked off. Then, like coaches, their focus shifts to iterative action and experimentation. For this reason, they are less likely to be wedded to an outdated map and more likely to adjust to the territory they encounter. In short, they are agile.

Many of the ideas that Brooks and Frieze espouse are consistent with research and leading practices on organizational change. I now join them in believing that local-level initiatives can achieve progress faster and in ways that large-scale, top-down organizational change efforts cannot. However, we should not underestimate the challenge faced by large organizations at the next step: finding ways to harvest, curate, adapt, and disseminate knowledge gained from local-level efforts so that others in the organization can benefit. This problem, which is closely linked to organizational learning and knowledge transfer across organizational boundaries, is the topic of my next blog post.

Dr. Suzanne L. Geigle is Chief Scientist for Enterprise Transformation in the Enterprise Strategy and Transformation (ES&T) Technical Center. As the ES&T technology integrator, she helps research teams develop proposals for research projects that build key MITRE capabilities. Before joining MITRE in 2009, she was an associate partner with PricewaterhouseCoopers and IBM. In the past 25 years, she has worked with agencies in Health and Human Services, Homeland Security, Housing and Urban Development, Energy, Treasury, and Veterans Affairs. Her private sector clients included health insurers and a Fortune 50 pharmaceutical company. As a scholar-practitioner in organization studies, her research interests include innovation adoption, evidence-based management, and organizational agility.