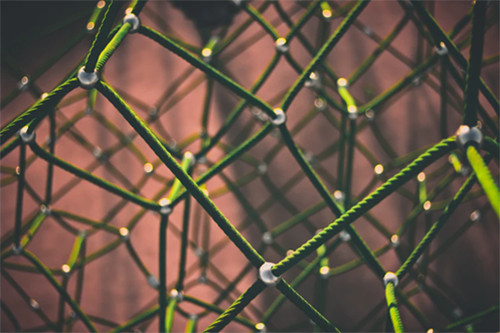 Photo by Clint Adair on Unsplash

Apollo 13 had “lost” the moon because an oxygen tank explosion that wasn’t predicted caused a series of systems failures in propulsion, electrical power, and life support, and the world focused on how three isolated men over 200,000 miles from Earth would get safely home.

Flash forward 50 years, and, for most people, the first person they heard had been infected by the coronavirus was Tom Hanks, who played Jim Lovell, the commander of Apollo 13 in the movie of the same name. Since the announcement that Hanks and his wife were infected, we’ve had our own slow-motion version of the “BAM!”, with multiple systems failures (immune systems, economic systems, and supply chains, to name a few). As the COVID-19 crisis unfolded over the last half-year, the world has “lost” so many things: in-person social gatherings, Spring break, graduations, summer camps, the 2020 Olympics and most U.S. sports seasons, tens of millions of paychecks, and hundreds of thousands of lives.

In February and March, predicting these outcomes would have been challenging at best. The healthcare system mimics the body’s ability to surprise when a small change in one place leads to unexpected repercussions elsewhere. Even today, several months into the pandemic, it is surprising and unnerving how the downstream effects of COVID-19 are coming at us like millions of gallons of water from a burst dam, affecting everything in its path, and many things in the periphery.

In a well-meaning attempt in March to not add to that tidal wave of new patients requiring medical triage and treatment, New York Governor Andrew Cuomo discouraged people from going to emergency rooms. The unexpected backwash? People heeded his request, and there were more heart attacks and other cardiac incidents at home.

Other waves of health impacts washed over the healthcare system: a 90 percent drop in A1c blood tests for diabetes in New York City. Nationally, cervical cancer testing was down 68 percent (76.3 percent in California), cholesterol panels down 67 percent, blood sugar tests to detect diabetes down 65 percent, and diagnostic panels and cancer screenings usually performed during annual physician visits fell by 68 percent nationally. The same research firm discovered that “the total number of colonoscopies and biopsies performed declined nearly 90 percent by mid-April compared to the same period last year.” In a June 1 briefing, the World Health Organization’s Director General reported on pandemic impacts collected from 155 countries: “more than half of the countries surveyed have partially or completely disrupted services for treatment of hypertension; half for treatment of diabetes and related complications; and 42 percent for cancer treatment, and 31 percent for cardiovascular emergencies.”

Earlier in the year, many countries suspended inoculation programs after the WHO and UNICEF warned that the pandemic could spread fast when children gathered for vaccination. Diphtheria, a mutated poliovirus strain, and measles infections are spreading around the world. These all suggest dire consequences for the long-term prognosis and medical bills of patients who needed timely diagnoses and interventions, but no one can predict that outcome for certain.

The waves of impacts from urging non-infected people—not just New Yorkers—to stay away from any hospital also meant there were fewer elective surgeries. Elective surgeries are (well, were) a significant source of income for many hospitals, so now many are at risk even with the CARE Act’s $100 billion fund for to compensate hospitals for coronavirus-related expenses or lost revenue. The danger is greater for rural hospitals: even before the virus hit, a quarter of them were in danger of closing. In April, CNN reported that “Eastern Oklahoma Medical Center, a 25-bed hospital in the small city of Poteau” had received a $502,000 grant from the CARES Act fund…which was expected to last just two weeks. But there’s hope.

Earlier this year, while driving to and from work (remember that?), I listened to the new John Le Carré novel and heard a prescient mission statement: “Think now, do crisis later.” That engineering mindset worked through Apollo 13’s problems and addressed the spacecraft’s multiple systems failures. Lovell felt they turned the mission into a “successful failure” by improvising creative solutions that, among other things, helped keep three humans breathing.

“Think now, do crisis later” is also a good corollary to MITRE’s mission: Solving Problems for a Safer World. At this time, when so many different systems are failing in unexpected ways, MITRE’s specialization in systems thinking and systems engineering uniquely prepares us to peer into corners where no one else thinks to look for cause(s) and effect(s). Being able to identify the relevant corners, by understanding their place in the larger structure of a problem and applying the lesson of systems thinking, can lead to actionable insights backed by facts instead of guesswork. We’ve been working on many pandemic-related problems: devising algorithms for the equitable distribution of ventilators, building a dashboard for a PPE Demand Model, developing and distributing a means of securely monitoring and reporting for public health, and mobilizing a COVID-19 Healthcare Coalition, to name a few. Since long before the first bat became infected with the coronavirus, we’ve been working to improve the delivery of healthcare in this country. It is a massive system that’s almost as complex as the human body and no less surprising.

While the steep declines in figures for provision of non-COVID-19 healthcare and financial resources for hospitals are bad news, there’s one bit of good news involving a plunge: Greenhouse gas emissions plunged 17 percent during March and April. This sort of decrease in atmospheric Co2 during an epidemic is not unprecedented. Unfortunately, it is not enough to predict a reverse of global climate change trends. It may not be so long term, especially if there’s a counter-balancing economic arms race when countries “reopen”. Then businesses will rev up, with planes, trains, and automobiles coming out of hangars, stations, and garages to bring back supply chains, traffic jams, and a general resumption of a pre-virus world in constant noise and motion.

In the meantime, the cascade of downstream impacts pouring from stay-at-home orders have affected systems of transportation, infrastructure, and public works projects by eroding planned revenues from bridge, tunnel, and highway tolls and mass transit fares. Increased use of water for handwashing and the unfortunate incidents of flushing disinfecting wipes down toilets have strained water treatment plants and pipes from bathrooms to reservoirs. What was previously identified as an important future need for more funding for the upkeep of aging key infrastructure is quickly moving into the passing lane compared to other needs. Legislation has been introduced in the House and Senate to fund infrastructure projects to help right the economy as the U.S. recovers from the pandemic.

It may seem that in the current unprecedented circumstances, we don’t (yet) have a dam or an ark against the flood. We can only predict that our world of interconnected systems ensures that we can’t predict what will happen in the future. In fact, we don’t need to have perfect predictions if we know how things are connected into systems because just as plain, ordinary hand soap can break up the coronavirus, systems can be broken down into smaller problems that will yield to science and creativity. So, after washing my hands, and turning from a lost moon to rediscovering life on Earth, I’d like to close with a cautious look into a forgotten corner and a crystal ball:

It’s gonna be a helluva Thanksgiving.

Let’s Maintain Agility After the Coronavirus

Turkeys vs. Swans, with Imanuel Portalatin