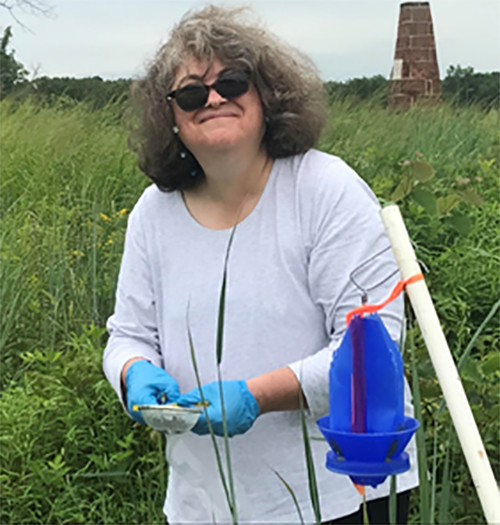 As Wikipedia points out, the term citizen science is often used interchangeably with crowdsourced science, defined by the OED as “the practice of obtaining information or input into a task or project by enlisting the services of a large number of people, either paid or unpaid, typically via the internet.” For instance, MITRE’s Michael Silver participates in dives around the world to conduct surveys of the presence and characteristics of sea turtles and other marine life for several citizen science projects, including the Turtle Island Restoration Network, PRETOMA (a Costa Rican Non-Governmental Organization), and Fins Attached. These surveys are combined with the work of other citizen scientists and researchers, thus extending coverage or providing validation. The data serves as the basis for reports that have led to the establishment of marine sanctuaries in the eastern Pacific Ocean, including the establishment the Cocos-Galapagos Swimway as one of Mission Blue’s International Marine Hope Spots. As Michael points out, he not only contributes to an effort he believes in but also meets “fascinating and dedicated people” and travels to exotic places. In addition, he dives “with some of nature’s most magnificent creatures in their environment.”

Programs for surveying plants, animals, fish, stars, and other natural phenomena have existed for generations, including the Christmas Bird Count, a crowd-sourced survey which started in 1901. In 2013, the Citizen Science Association was established to provide outreach and to promote best practices. As of mid-2020, Zooniverse (a donation-funded citizen science site for the natural sciences) had over 2 million volunteer observers and over 500 million observations. The citizen science site iNaturalist (a joint initiative of the California Academy of Sciences and National Geographic) had over 1 million observers and over 42 million observations. Information on 1342 citizen science projects is provided in the online database SciStarter.org. Wikipedia also maintains a list of projects.

In 2017, the United States passed the Crowdsourcing and Citizen Science Act, which “gave Federal agencies broad authority to use crowdsourcing—and specifically citizen science—to advance agency missions and facilitate broader public participation in the innovation process.” According to a report from the White House Office of Science and Technology Policy, Implementation of Federal Prize and Citizen Science Authority: Fiscal Years 2017-18, this law resulted in a 25 percent increase in citizen science programs in less than two years. It enabled grant money and expertise to be provided to existing programs. It also established the development of the CitizenScience.gov website to bring together government project managers needing help with data collection and classification and citizens interested in providing this kind of support. CitizenScience.gov provides information on 450 federal projects.

Most projects are sponsored by federal, state, or local government organizations, or by universities or foundations, and most are designed to accommodate people with no scientific background. However, citizen science is a fast-evolving and innovative field, and definitions are constantly changing. For instance, in 2020, as the COVID-19 sites began flooding the internet, a commercial cybersecurity company called SANS set up a project to develop faster and more reliable ways of identifying and classifying fake or malicious COVID-19 websites. Using the internet and professional networking, SANS issued a call for volunteers who were “technically adept” and “versed in cyber-security concepts,” as well as having the knowledge and equipment to maintain high internet security. Jared Stroud, Tim Schaffer, Chris Tran, and Kyle Anthony volunteered under a program where MITRE covers time for community service projects. These volunteers reviewed and classified COVID-19 data, which was used by the SANS researchers to train Artificial Intelligence Machine Learning systems to automatically recognize fake or malicious sites. The project introduced staff to new methods and tools and to a broader community of researchers. It also enabled them to contribute to making the internet—particularly COVID-19 sites—safer for the public.

Not all citizen science directly involves crowdsourcing. For instance, MITRE volunteers often apply their skills to help improve citizen science projects. Marilyn Kupetz works on two projects, a pollinator survey for the Smithsonian Conservation Biology Institute, and Riverbend Park’s community service activities. For Riverbend, she monitors and collects data on trails and cares for rescued wildlife. When she noticed that communications and training for the volunteers were either paper-based or oral, she helped set up a Knowledge Management system to better organize and update instructions. She commented that the work provides community goodwill for MITRE, and that she has learned about open source project tracking tools, such as Trello, that she can use in her project work.

Citizen science is also a key element of much of the volunteer work MITRE does for Science, Technology, Education, and Math (STEM) classes. For instance, in 2017, I helped organize and teach a STEM summer camp for junior and senior high school students in Madison, Virginia on how to deal with contagious diseases. In the classes, we helped students to analyze Twitter data for indications that the virus might be spreading to new areas and that people in those areas might need help. We helped them build Raspberry Pi devices to measure people’s temperatures at a distance and discussed how to interpret findings given the ambient temperature. Students learned critical concepts in planning, measuring, challenging findings, and providing replicable results. In preparing classes, I brushed up on the science of epidemics and learned some new programming and social media tracking tools. I also helped students develop the kind of science-based skills and social values that I want to have in my community.

Our community and our nation are in dire need of scientific understanding and skills. The internet is flooded with malicious and fake news. An alarming number of people are making “unfounded claims” and showing “an inability to evaluate the credibility of information,” as indicated in a 2020 report by Rand Corporation on Truth Decay. Moreover, our citizenry shows what Dr. Anthony Fauci calls an “anti-science bias” and a “lack of belief in science.” Citizen science is a means of building and reinforcing skills in people of all ages and educational levels to help them to not only understand but also to buy into science. In short, it creates not just good science but also citizens for science. Like MITRE, it makes the world safer.

Dr. Jennifer DeCamp is a principal AI engineer for MITRE and a devout citizen scientist. She works with multiple citizen science programs and projects and supports Science, Technology, Engineering, Arts, and Math (STEAM) and STEM programs and MITRE’s internship program.

Digital Notebooks for Emergency First Responders: A Conversation with the Winning Team of the MITRE Hackathon

What Does It Mean for Artificial Intelligence to Achieve Parity with a Human? A Case Study of Neural Machine Translation

MITRE’s Pearls of Expertise at ShellHacks

In the Community: Fostering Hope for Animals in Need