Internet of Things Data: From Glut to Glory 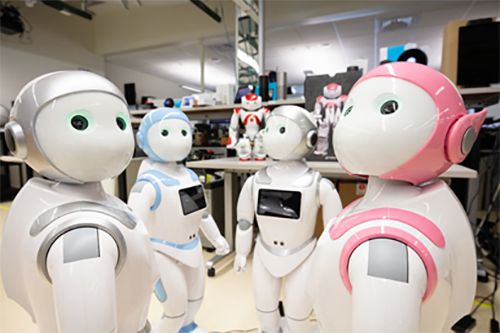 According to the independent website Government Technology, “Many government agencies have an unstructured data nightmare, with bits and bytes scattered across servers, clouds and hypervisors.” Vernor Vinge calls this so-called nightmare “data glut.” In an era of Internet of Things (IoT), the data glut may not get better, and, in fact, is likely to get worse.

A study from Juniper Research found that the total number of IoT connections will reach 83 billion by 2024, rising from 35 billion connections in 2020. Given that IoT and data are intrinsically linked together, by 2025, the total data volume generated by IoT devices worldwide is forecast to reach 79.4 Zettabytes (a unit equal to one trillion Gigabytes).

Can we turn data glut to data glory? To answer this question, we need to understand the nature of IoT data and how analytics can turn raw data into information that we can actually use.

IoT sensors and devices generate a huge amount of data automatically and continuously. The value of IoT data is that it is really big data. In other words, raw IoT data is combined with data from other sources, such as personal and business data, to generate new information and business intelligence. The independent website Impact summarizes these data characteristics as 7Vs:

According to Daniel Harris, “While new sensor, mobile and wireless technologies are driving the evolution of IoT, the true business value of the IoT lies in big data analytics rather than hardware novelties.” In other words, the data generated from IoT devices is only valuable if it actually gets analyzed, which brings data analytics into the picture.

Data analytics refers to the process of examining datasets to draw conclusions about the information they contain. Different types of data analytics can benefit IoT investments:

Correct use of data analytics will help Federal agencies and enterprises turn data glut to data glory. As 2021.AI’s Peter Sondergaard reminds us, “Information is the oil of the 21st century, and analytics is the combustion engine.”

MITRE has worked for more than a decade to show how masses of information, combined with sophisticated analytics, can provide our sponsors with powerful decision-making tools. For example, we’ve used the data from a remote-sensing satellite, such as the data on water quality, temperature, and bacteria to help researchers dramatically improve monitoring of the Chesapeake Bay coastline. In addition, MITRE’s Data and Human-Centered Solutions Lab applies and extends the state of the art in information management, analytics, behavioral sciences, and more – working with sponsors and turning information into value.