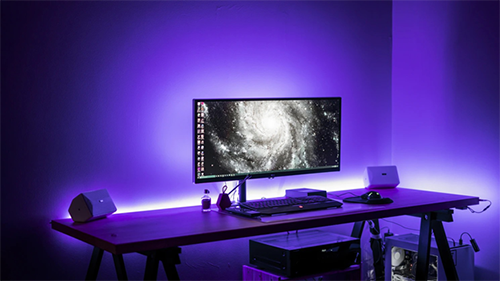 Photo by bantersnaps on Unsplash

Quantum technologies frequently appear in popular science articles and can also be a popular speculative conversation topic among interested professionals. This is for good reason: Quantum technologies have the potential to be game changing in many ways, but that fact can be misleading as to how soon, and how direct, those impacts will be to our everyday lives. As a trusted advisor to many government sponsors, MITRE explains these technologies and aims to temper expectations when necessary. In this article, I intend to do just that by explaining the scale of impact of quantum technologies on how we live and work. Of course, as is always the case with a new and volatile field, these are only my best guesses, and everything could change with one highly impactful research paper.

So, what are quantum technologies? Simply put, they are technologies that exploit quantum mechanical laws to do things that cannot be done (or cannot be done as well) by purely classical systems. Some of these properties, which I do not fully explain here, are discrete states, superposition, entanglement, and wave interference. Many pervasive technologies are considered by some to be quantum, for example, the atomic clock, the laser, and the transistor.

For this article, however, I’ll focus on one hot-topic emerging quantum technology: quantum computing. Specifically, I’d like to address the false perception that quantum computing will be the “new” computing paradigm, that it will replace classical computing. To the contrary, quantum computers are great at doing certain things, but these are not necessarily things that we need done on our phones, laptops, and gaming computers, or even on our servers and databases.

A quantum computer is a computing system with a fundamentally different set of “instructions” from those that classical computers use. This difference allows them to compute on superposition states, using entanglement and wave interference between different states to change the output in ways that classical computers and their classical gates cannot. In other words, quantum computers can use unique operations to run special, unique algorithms. Of course, the impact is only as large as the algorithms we know of, and right now, there are only a few of interest. Quantum algorithms tend to be very specific to a niche application, but, more generally, they fall into three categories: cryptanalysis, simulation, and optimization/machine learning. I’ll cover each of these in some detail in the following paragraphs.

The two cryptanalytic algorithms, Grover’s and especially Shor’s algorithm, have a real impact on almost all currently used forms of encryption. So, what is that impact? If we keep using the same crypto algorithms, then quantum computing would make it impossible for us to trust that websites are what they say they are, and sensitive encrypted information exchanged over some channels (e.g., a bank account number or social security number submitted to a trusted website) could be compromised. This is because our trust in many electronic communications, like when we send emails or use a website, is based on math problems such as factoring large numbers. These problems are really difficult to solve on classical computers but are easy to solve on quantum computers using Shor’s algorithm.

However, there are other ways to encrypt that are not broken by Shor’s algorithm (called “Post-Quantum Cryptography”), and you can negate the impact from Grover’s algorithm by just making your keys a little longer. So, the real question is: Can we convert modern cryptographic architecture to new algorithms faster than a quantum computer can be built? This is one question that MITRE hopes to help answer (along with others who have done similar work for public internet protocols), but the details on that research are beyond the scope of this article.

That brings us to the second category: simulation. Quantum computers, which are built to exploit the physical phenomena of very small systems, are unsurprisingly well suited to simulate those kinds of systems. For example, a quantum computer could simulate how a unique molecule behaves under certain conditions by representing the molecule with its weird quantum computing components since they have the same quantum mechanical properties of atoms. This would be a powerful tool for researchers in chemistry, pharmaceuticals, and materials science, to name a few. However, it would then be up to those researchers to come up with the new products, safer car materials, more effective medicines, etc., all of which would impact the lives of consumers.

Our final category is optimization and machine learning. Quantum algorithms are more efficient at optimizing some function over a large search space, which means that a quantum computer could improve things like supply chain and delivery routes. Once again, this could lead to real changes! A mature enough quantum computer could be a valuable resource for supply chain companies to develop more functional products, or to figure out methods for faster and more efficient delivery.

What else could a quantum computer do? The possibilities are vast, but that is all we know from the 26 years since the first quantum algorithm (Shor’s) was published. Plus, because the technology required is so different from that of classical computing, quantum computers are very likely to be expensive and specialized, more like a supercomputer that rents out cloud services than your desktop CPU (also see D-Wave, and this paper again). And even in that context, it is unlikely that we will see a useful quantum computer for many years (also see IBM’s development roadmap).

Quantum computing would be a powerful tool and would allow plenty of change, but it is unlikely that we’ll ever use quantum computers to speed up internet connections, slim down our phones or play ultra-realistic quantum video games. Instead, quantum computers will provide researchers and engineers with the tools to do many of the things they are already trying to do, even more effectively. MITRE plays a trusted role in explaining the use cases and impacts to our sponsors.

Perry Loveridge is a Space Systems Engineer in the Quantum Technology group at MITRE. He has a bachelor’s degree in Engineering Physics from Cornell University and is pursuing an MS in Computer Science at the Georgia Institute of Technology. Currently, his biggest interests are in post-quantum cryptography and quantum algorithms.

Interview with Jesse Buonanno on Blockchain

Dan Frisk and Paula Randall on Bringing Innovation to Government

Interview with Julie McEwen on Why Privacy Is Key

A Spin Around The Blockchain—Exploring Future Government Applications