Getting the Most Out of Your Failures 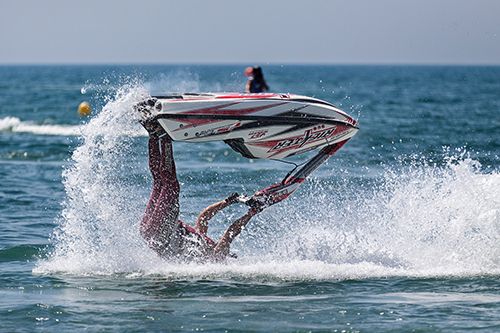 Photo by Quino Al on Unsplash

A few days ago, I was taking an exercise class at the gym. The highly motivational instructor often tells the class, “Your goal tonight is to fail! If you get to the point that you can’t do the exercise or lift your weight, then you have achieved your goal of muscle failure!” It got me thinking (after I stretched and drank some water) that failure can also be a positive outcome in many aspects of life, not just at the gym.

Failure is part of learning. Children learning to ride a bike fall off as they learn to maintain the balance necessary to speed off down the street. College students in a math class get homework problems wrong as they learn new, more complex concepts. Employees taking on a new role will not perform perfectly at first and will need assistance to get up to full performance.

Failure Has Its Benefits

Failing has many benefits as people test and refine solutions until they find the right answer. For example, new employees can benefit from learning a job in a low-pressure environment that allows them to practice new routines and learn how to handle less common situations. Because trying out new behaviors can feel uncomfortable and disconcerting, allowing employees to focus on developing the muscle memory or skills they need to perform new tasks will help them build confidence in their ability to perform the tasks.

Another benefit of failure is gaining new insights into a problem. Those insights may not always have immediate application but come in handy in unforeseen situations. Organizations value having employees who can bounce back from unexpected changes (that is, who are resilient). Innovations sometimes occur in organizations as a result of a failed pilot or experiment. And, trying out different ways of performing a task can help employees learn how to modify their work when the environment shifts.

Sharing so-called failures with others helps show everyone around us that our peers are not always successful either. If we share only successes, then that sends a message that others do not fail, a false premise that can result in social comparison and envy. In 2016, Princeton University professor Johannes Haushofer posted a “CV [curriculum vitae] of failures” on his website, listing all of the positions, grants, and awards that he applied for but had been rejected from. When only successes are shared, Haushofer reasoned, others have the impression that most things work out for him; as a result, others are more likely to attribute their failure to themselves. Making his failures visible might help others recognize that sometimes failure occurs for reasons outside one’s control, thereby motivating others to persist in the face of obstacles and challenges.

So, when is failure a bad thing? Note that failing was a positive event in “safe” or offline environments—exercising at the gym, riding a bike for pleasure, studying for a class, or learning a new job. In contrast, failure is a bad thing in “live” environments where performance matters. An engineer would not want to tackle a complex mathematical equation for the first time when facing a deadline for computing how much weight a bridge could handle. So, the context in which the failure occurs is important.

Failure is also a bad thing when lives are at stake or the cost of an accident is high. Clearly, airlines, hospitals, nursing homes, and automobile manufacturers want to avoid mistakes. In these industries, testing out new ways of doing things occurs in safe environments—simulators, labs, test environments, design sessions, and even experiments with populations that are less at risk than the target population. When near misses occur, they are investigated so that actual mistakes—which could result in lives lost—can be prevented.

Unfortunately, sometimes, things do go wrong, and others can learn from those mistakes. For example, Duke University professor Sim Sitkin describes an incident where several teenagers were exploring a cave near the Mississippi River and three of them ended up dying due to asphyxiation caused by poor air quality in the cave. Parents in the area began to closely monitor authorities’ progress to seal the cave. The media also carried stories about the incident in an attempt to spread the lesson to other authorities, parents, and teens who would not otherwise have been aware of the danger of exploring caves.

A Continuum of Failure

All failures are not created equal, however. Harvard Business School professor Amy Edmondson describes a spectrum of reasons for failure, ranging from praiseworthy to blameworthy.

Several types of failure are considered praiseworthy, according to Edmondson. Situations where the organization is in uncharted territory call for “intelligent failures,” such as developing a new product. For example, Amazon is well-known for testing out new ideas, such as a cashierless store, by starting a few small stores in a handful of cities. After having refined its initial concept, Amazon is opening additional stores and plans to expand the size of the stores over time. Amazon attempts to fail fast by seeing what does and does not work in these new stores through a disciplined experimentation approach.

Failure is also praiseworthy in situations where uncertainty exists—when people take reasonable action based on the information available at the time and from which undesired results occur. Similarly, failure can help individuals identify correct actions when the environment is noisy—that is, where success is difficult to predict. A good outcome can result from an incorrect process, and a bad outcome can result from a correct process.

University of Oxford professor Kristina Dahlin has examined the impact of noisy environments on learning. In a 2018 Academy of Management Annals piece, Dahlin and her colleagues found that it is important to consider the type of environment when choosing a learning strategy.[i] It is relatively easy to learn to avoid failures in situations when a correct process results in a good outcome or an incorrect process results in a bad outcome. For example, the scenario of a truck driver falling asleep and causing a crash can be analyzed to find ways to minimize the ineffective process and thus reduce the risk of a crash.

Noisy environments are more challenging when it comes to learning to avoid failure. Employees can learn that engaging in the ineffective process may not always have a negative result, and the ineffective process becomes an accepted practice. For example, a truck driver may fall asleep but not have an accident, and thus conclude that being tired while driving is not a dangerous action. In this type of environment, the focus should be on identifying and analyzing errors rather than outcomes. The trucking company may want to find ways to identify and reduce instances of drowsy driving, rather than only focusing on instances where a crash occurred.

In contrast, blameworthy reasons for failure include deviance (choosing to violate a prescribed practice or process) and inattention (inadvertently deviating from a specified practice). However, it is not always easy to determine who to blame when a failure occurs. It may seem straightforward to blame an employee who intentionally sabotaged a process, but less straightforward to blame an employee who loses focus after a long shift.

Additional blameworthy reasons for failure include a lack of ability—an individual who does not have the skills, training, or conditions to execute a task— along with process inadequacy—when a competent individual follows a prescribed but faulty process. The party to receive blame is even less clear in these instances—should one blame the individual who accepted the task knowing that she lacked the necessary skills or blame the supervisor who assigned the task?

According to Edmondson, blameworthy failures are often preventable failures that can be minimized by using process-oriented checklists and encouraging continual learning from small failures.

What Can Leaders Do to Encourage Learning?

How failures are addressed begins with an organization’s leaders. Edmondson reports that executives estimate that blameworthy failures occur in their organizations infrequently, perhaps 2% to 5% of the time. However, many failures are treated as blameworthy, perhaps 70% to 90%. The unintended consequence is that employees become reluctant to report failures; lessons from minor failures are lost; and the same mistake is repeated.

Rather than focus on taking quick action and being successful, leaders play a key role in emphasizing that mistakes are learning opportunities, according to Harvard Business School’s Francesca Gino and University of North Carolina business professor Bradley Staats. Further, leaders can help employees avoid preventable failures by building breaks into schedules in order to identify, reflect on, and find ways to prevent errors.

Leaders set the stage for distinguishing between intelligent failures and blameworthy failures. Intelligent failures should be shared so that others can avoid repeating the same mistake. Leaders must make it psychologically safe for people to talk about mistakes. A learning culture is one where people openly discuss mistakes and work together to find ways to avoid them.

I often hear leaders say, “Mistakes are good; learn from your mistakes.” Yet by using the term mistake, the leader unintentionally sends a conflicting message—if it’s a mistake, then how can it be good? I suggest that we refine the language we use when we talk about failure and mistakes. Applying Edmondson’s continuum, leaders can make a point to qualify the type of failure when communicating with employees, using terms such as praiseworthy failure, intelligent failure, exploratory testing, and hypothesis testing. They also can use terms such as blameworthy failure, process inadequacy, or intentional deviance for intentional failures.

To take it a step further, when referring to praiseworthy or intelligent failures, leaders might even be able to avoid using the word failure. When faced with a new situation, for example, a leader might instruct employees to make the best decision with the information at hand and then share what they learned, which sends a very different message than telling them to “do their best even if they fail.”

Just as we need to exercise our muscles so that they can become stronger, organizations—and the people in organizations—need to try out new processes and procedures, learn from what doesn’t go well, and then apply what they learned. A learning organization is one that can not only find a new way of doing something but also find that new way quickly. And in the meantime, I will continue to “fail” as I exercise at the gym!

Thinking Outside the Boxes and Lines: Factors to Consider Before
Restructuring

[i] Dr. Dahlin’s article is available with a free Research Gate account or to Academy of Management members.