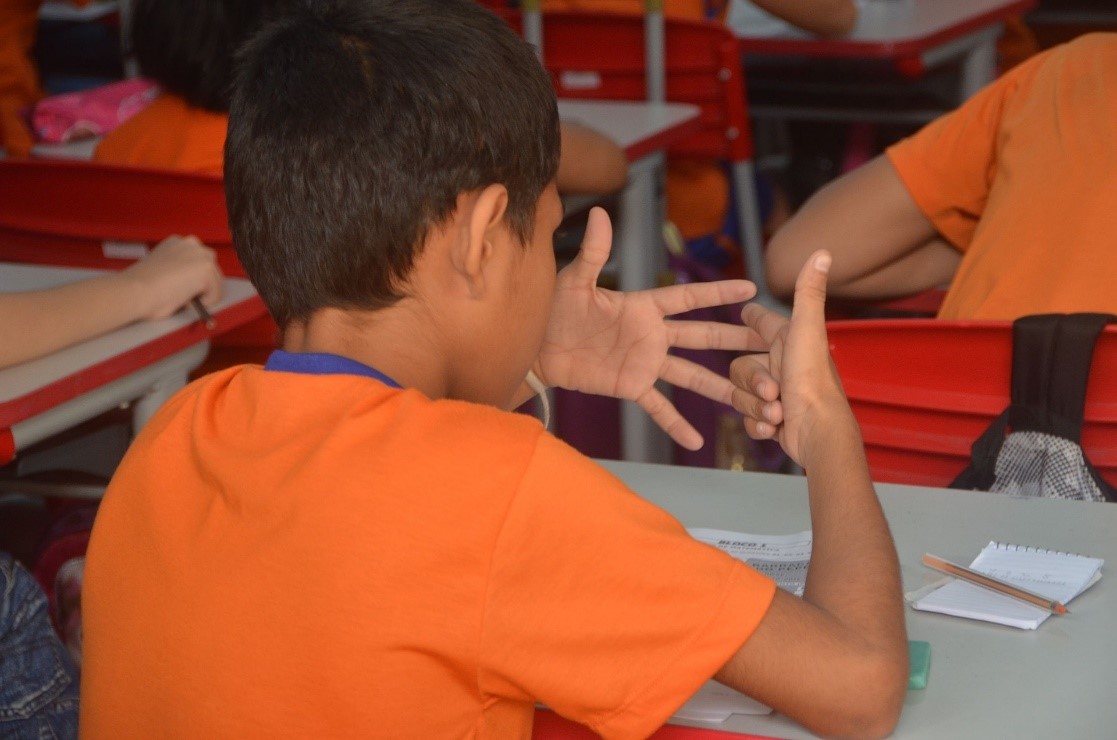 How much fun are you going to have with Howard Gershen’s second post on counting and reasoning? Innumerable amounts. Don’t expect any new rules of thumb, but he does offer some insights where it really counts.—Editor

In my last post, on “digital” computers (i.e., people who count on their fingers), I pointed out how the choice of finger to begin counting can differ from person to person, and that’s a symbol of how the simplest question can lead to reasonable, reasoned differences in viewpoint. Beginning with thumb, index, or little finger, left or right hand, counting methods vary widely—one research paper even goes so far as to state, “[i]t has been written that across the world there are 27 types of counting method using the fingers.”

It doesn’t have to stop with fingers. Some people will continue counting on their toes, to get up to 20 (not recommended for an office environment, although there’s a legacy of counting to 20 in the word score, as in “Four score and seven years ago…”, and several accounts of Honest Abe’s life mention him frequently going barefoot, but that’s another story). Some people even use their fingers for basic mathematical operations, like those who learned the Korean counting method of Chisanbop (where their index finger is the number one and a clenched fist with an extended thumb is the number 5).

Beyond fingers and toes, according to the 2012 study “The Importance of the Body in the Primitive Counting of Tribes” some groups will not only use their fingers, but also their knuckles to group numbers, leading to the ability to represent extraordinarily large numbers. Math Blog shows an illustration of an old Chinese method that purportedly allows counting up to 100,000 on one hand and up to 10 billion on two hands.

The use of finger-only vs. fingers-plus-knuckles is not the only distinction in the world of counting by fingers. The Yuki people, an indigenous tribe of California, used the spaces between their fingers to count. It’s like the concept of negative space in art, or as composer Claude Debussy once said, “Music is the space between the notes.” There’s another implication of this approach: By using the spaces between fingers instead of the fingers themselves, you get a numbering system based on eight units instead of ten. As Tom Lehrer once said when performing his song, “New Math,” “Base eight is just like Base ten, really…if you’re missing two fingers.”

While the Yuki seem like a curious anomaly in their preference for an octal number system, they are a world away (literally and figuratively) from the Pirahã people of Brazil, who don’t have a concept of numbers at all. They have a word that comes close to the numeral 1, but it can also mean small, as in a small amount. They just don’t conceive of quantities, so one wonders whether they do finger-counting at all.

The numerical mental models of the Pirahã and the Yuki surely affect how they perceive the world. Several studies have shown, in fact, that the region of the brain that perceives one’s fingers is related to math ability. This is true not only in children, but also in young adults. Training children in something called finger gnosis (the ability to distinguish which of one’s fingers were lightly touched without the confirmation of visual feedback) can also improve numerical performance in young children and calculation fluency in young adults.

What all this points to, is that using one’s fingers is a deeply-ingrained mental model for representing and counting numbers, probably an ancient by-product of culture and evolution. Like many models, it is most effective when there is agreement that leads to consistent usage.

The choice of a starting point is a familiar problem in many modeling or mapping activities. MITRE business analysts, for instance, must scope out a business process to a reasonable size and level of detail to create a visual representation of the process (As-Is or To-Be), but their most fundamental initial question is: Where do we start? As when choosing the finger to begin counting, there are many possible answers with benefits and drawbacks for each choice. Consensus building is a key soft skill that MITRE strives to bring to all our engagements, regardless of sponsor or solution.

Physicists and engineers at MITRE (and elsewhere, because these things are universal and not proprietary) may start with hand choice, instead of finger choice, when they begin to model the effects of certain basic physical properties and vectors by using the set of right- or left-hand rules of electromagnetism. Agreement on the particulars of a model is important whether MITRE engineers and process experts seek to control scope, define applicability, or map a path forward. If some people can only count to ten using their fingers, while others can reach 10 billion, instead of throwing up our hands, we should explore the differences and agree on a common perspective.

Now there are times when, just like a cigar can just be a cigar, fingers aren’t numbers, they’re just fingers. And that can be a very good thing, but there are times when the fingers-as-numbers metaphor can be helpful in unexpected ways, so let me leave you with this thought: The next time you’re driving on the highway, and someone passes you and shows the back of their hand to you with a finger extended, it’s probably not so offensive to you if you think, “Hey, that guy just gave me a 3!”…or a 2.