The Road to Resilient, Sustainable Infrastructure is a Smart One 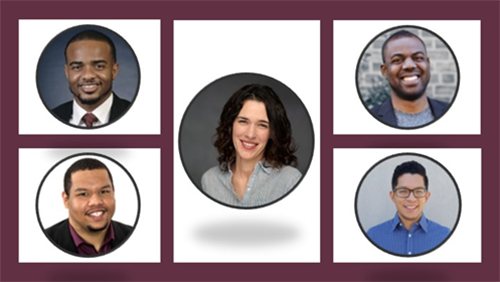 When Charles Clancy helped launch Virginia’s Smart City Innovation Competition in January, he mentioned that, despite being MITRE’s Chief Futurist, his job didn’t come with a crystal ball.

Instead, he told the hundred or so innovators participating in the month-long hackathon—the first of its kind in Virginia—that his job is to think beyond the challenges facing the government today, focus on likely challenges in the future, and ensure that MITRE has talent with the schooling and smarts to prepare for those problems. That way, as the issues emerge, MITRE’s creative technical staff will already have ideas—and be ready to partner on solutions. As the seam between academia, industry, and government gets smaller, he observed, a collaborative approach is essential.

To that end, MITRE hosted one of the event’s seven panel discussions: It’s Smart to be Resilient and Sustainable. Moderated by MITRE’s Energy Technologies Scientist Dr.Tricia Youngbull, the panelists were:

This group of futurists agreed that as cities become smarter and their technology more integrated, their leaders must resist compromising on both resiliency and sustainability—indeed they must have the courage to tackle both. Eric O’Rear observed that although the terms are often used interchangeably, their signals are different despite some overlap in their agendas. Whereas resiliency refers to how systems withstand extreme disturbances and continuing stressors—environmental, social, economic—sustainability refers to development that meets the needs of the present without compromising the needs of future generations—in essence protecting the environment from human activity.

As a scholar who focuses on affordable housing, Freddy Paige added this nuance: sustainability enables communities to “sustain a specific quality of life,” while resiliency helps them deal with impacts, shock waves, and recovery, and “you get past them”.

“When I think about affordable housing communities,” he told us, “I like to see how resilient they are, but in so many ways … the way they are living cannot be sustained for a long period of time and it shouldn’t be sustained.” He recommended using sustainability and resiliency goals strategically so that resources can be allocated to the right places.

What can be done at the building level to make communities as sustainable as they are resilient? Donnell Baird confessed to being obsessed with this question. His startup, BlocPower, helps building owners in rural and urban communities, like those he works with in the Bronx, to think beyond their own units. “We think that installing new, cutting edge, all-electric equipment [heat pumps], you can have resiliency with small batteries, rooftop solar PV [photovoltaic cells], even in New York City.”

The point, though, is to work beyond in-building resiliency and focus on networking distributed energy resources to the grid at the neighborhood level. For example, BlocPower is working with a 100-building portfolio that runs on an oil- and steam-based heating system. The community’s goal? Get rid of antiquated infrastructure and ensure that all of the residents in all 100 buildings have electric heating all at once.

Ultimately, it comes down to turning urban buildings into Teslas—removing fossil fuel equipment and replacing it with smart, healthy, all-electric equipment that can be optimized for savings. And bringing the people who live in those buildings and communities into the conversation so that they understand the reasons behind the changes and their role in the transformation.

So What Gets in the Way?

According to Kathryn Janda, in her 2009 “Buildings Don’t Use Energy: People Do,” education needs to shift to include not just the residents of any given building, but also the facilities manager, the utility companies—everyone who uses the infrastructure. Paige reported having recently spoken with the electric cooperatives in South Carolina and learned that they’ve been networking hot water heaters and HVAC since 1980. The necessary technologies have been around for a long time. What’s kept people from using them is not knowing they exist, not having equitable access, lack of resources, and a lack of standardization. He applauded NIST for facilitating conversations around smart city solutions.

Even when the willingness is there, commercialization of data has been problematic—getting the private sector to share, say, utility data is a barrier that needs to be addressed. What interests Baird is a free, opensource middleware connectivity platform. In the interim, NIST is creating tools and metrics that any community can use.

Incentives for financing can be an especially valuable tool for change because one of the biggest impediments is cost to the home or building owner. The PACE Program gives homeowners low-interest loans and works at the state level. According to NIST’s Dr. Juan Fung, California, for example, has started pairing PACE with seismic retrofits—making buildings resistant to seismic activity, ground motion, or soil failure due to earthquakes. The idea to is incentivize the homeowner already interested in pursuing green improvements to make their home resilient to earthquakes as well.

The Virginia Center for Housing Research is very much of a mind to offer incentives to the utility industry—not just in terms of systems, but also for their delivery practices. Some of the systems being put in place in Virginia not only pay off now, according to Paige, but over time, too, because they are regenerative. “The sun continues to pay you over and over,” and those savings can be reinvested.

For Baird, ultimately, it’s a question of political courage. BlocPower wants to work with two or three cities, retrofit their infrastructure, and move all buildings to electric. “And while we green the buildings, we’ll put electric charging stations on every block.”

Near term, the objective is to gather the data and case studies to share with other cities so that, soon, cities like Oakland or Flint, Michigan, can showcase the best infrastructure, rather than the worst. “What does it do for our country,” he asked, “if we can green hundreds of cities over the next 10 years?”

He’s not alone in his vision. According to Rachel O’Dwyer Flynn, Deputy Executive for Fairfax County—Tysons Corner is poised to become “Silver Line Alley,” putting MITRE’s McLean campus right in the middle of what Clancy called “a great playground to experiment” with smart city technology.

Watch the recording for a rich conversation on resiliency and sustainability—and for ways that you, too, might participate in this great experiment.

MITRE’s mission-driven team is dedicated to solving problems for a safer world. Through our public-private partnerships and federally funded R&D centers, we work across government and in partnership with industry to tackle challenges to the safety, stability, and well-being of our nation. Learn more about MITRE.

Rachel Mayer on the Fight Against Maternal Mortality