The Nibbler method: Problem-solving in the pursuit of mastery 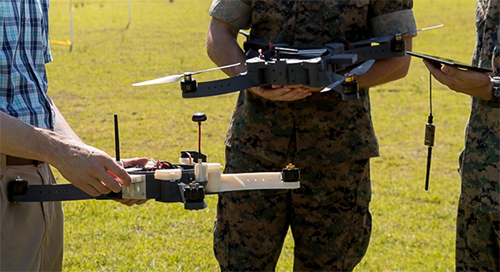 I learned recently that the fear of progress is known as prosophobia. When I turned this information on myself to see what diagnosis I would get on the prosophobe scale, symptoms such as dry mouth, rapid breathing, and an inability to articulate words were easy to dismiss as immediate negatives. Beyond those easily recognizable physiological signals, I wondered about other ways this fear manifests itself in our lives and in our work.

Could a certain number of the limits we impose on the goals we assign to ourselves and to others be pointing to some hermetic feeling of resistance to progress that lurks just beyond the glow of self-reflection? Is it because we don’t want to chance facing the unknown, or is our fear based on an assumption that progress is always accompanied by certain unavoidable costs?

While interning at The MITRE Corporation this summer, I’ve observed a variety of knowledge-sharing resources that aim to overcome the barriers that frighten us from learning together and walking confidently into the uncertain future. The Joint Lecture Series (JLS) at MITRE is one such resource. JLS provides a platform for one speaker every two weeks to talk about MITRE leadership’s vision and activities of importance to all staff.

Andy Chapman’s recent lecture, “Advanced Manufacturing: Enabling Warfighter Innovation at the Tactical Edge,” tells the story of how his team worked with the Marine Corps to develop advanced manufacturing capabilities as part of a project to adopt Small Unmanned Aerial Systems (sUAS) into Marine operations. The MITRE team’s problem-solving approach with sUAS shows that by closely examining the context of the initial goal to identify the root of the problem, it is possible to realize a more complete scope of logistical, economic, and ethical results.

The logistical and economic benefits to redefining problems and understanding root causes have been clear from the start of Chapman and his team’s work on sUAS. One flagship drone, The Nibbler, was born in a nascent form in 2011 when MITRE’s Charlottesville Site Lead, Dr. Michael Balazs, was presented with the challenge of refurbishing a robot he dubbed Matilda. Matilda was an expensive, old robot, damaged from its combat missions, and arrived with a dead rat tucked within its compartments. Balazs knew that making robots like Matilda for hundreds of thousands of dollars per unit was only going to put America’s forces further behind than they already were, so he teamed up with researchers from the University of Virginia to do more than just fix up the outdated Matilda.

Born of this partnership was a fixed-wing drone called Razor, which could be manufactured using the much more efficient, yet mission-capable method of 3-D printing, and used a smartphone to function as its camera, video, GPS, and computing power. Compared to Matilda, the Razor was exceptionally inexpensive to produce, simple to repair, and easy to send on missions without the apprehension of destroying an asset with so much money tied up in it.

In November 2016, the device known as the Razor evolved into our current notion of the Nibbler. A Marine Corps Infantry Sergeant at the time read about MITRE’s approach to developing sUAS technology and saw the opportunity to procure a low-cost drone and draw MITRE into Marine innovation activities focused on logistics, supply, and maintenance all at once. The Nibbler’s adoption and integration blazed a path for small drones in the Marines. The Nibbler embodied many of the core qualities of what sUAS should have in a warfighting context: cost-effectiveness, agility, and the ability to be manufactured with 3-D printing on location.

As Chapman points out during his JLS lecture, the sophistication of the enemy’s technology is not what is putting the U.S. behind, but rather the sophistication in the systems underlying technology integration. The Nibbler team observed the shift occurring in the Marine Corps and saw how closely it paralleled the Maker Movement in the non-military context. The team decided to explore this topic in a MITRE Innovation Program (MIP) project in order to understand the depth of the impact of Maker culture in the Marines. They redefined the mission to include four primary research goals that would answer the open-source methods of the enemy:

In other words, they would take advantage of the curiosity, diversity, discipline, and structure already present within the Marine Corps in order to provide them with the tools and training to 3-D print Nibblers themselves. Following the “Nibbler Surge,” complete with training at a number of Marine bases, the Marines gained the ability to 3-D print Nibblers, using simple tools, and replacement parts for certain simple repairs to their aging equipment. No longer would they be forced to delay repairs for several weeks or even months when the same repair could be resolved in a matter of hours if the required tool was immediately available. Thus, MITRE helped the Marines draw on their own talents around advanced manufacturing to realize the latent potential for innovation on the unit level.

The Marines reaped great logistical and economic benefits from the advanced manufacturing concepts involved with the Nibbler Surge, and for many, the work stops there. Take the Nano for instance, a vehicle developed by India’s Tata Motors in response to the Indian market’s cries for cheaper, smaller cars. Tata’s aim was to produce a four-door hatchback that could be sold for an equivalent of 2,000 USD, a goal that was triumphantly achieved by the Nano five years after its conception in 2003. However, Tata failed to consider crucial safety features (e.g., airbags were considered an optional extra), which prompted the secretary general of the Global New Car Assessment Programme to call the Nano “gratuitously dangerous,” and earned the car a protection rating of zero out of five. Ten years later, production of the Tata Nano has ceased.

MITRE recognizes the ethical pitfalls involved with the misuse of sUAS that could negate every positive step they have taken in the field. Andrew Lacher, Jonathan Baron, Jonathan Rotner, and Michael Balazs have taken measures towards characterizing the threat of sUAS to understand how adversarial actions may be taken using sUAS as a tool for nefarious deeds. sUAS have evolved from toys for hobbyists into potential weapons or spying devices. Due to their wide range of utility, MITRE has developed the sUAS Threat Characteristics Spectrum, which identifies seven independent characteristics to outline the nature of an actor:

Furthermore, four categories of threats exist: Interference; Intelligence, Surveillance, and Reconnaissance (ISR); Smuggling/Conveyance; and Weaponization. The inclination to accept the preservation of money, time, and other resources as total success is natural, but leaving safety considerations unaddressed would erase all progress. Imagine progress as a great palace: its architect must be sure to secure each brick they lay with the cement of ethical consideration or else it will be poised to topple on its inhabitants at any moment. MITRE feels the need to confront the threats involved with the technological advances they make, even if such pursuits are beyond the tasks provided to them by a sponsor or client.

When a business receives an order from a paying customer, it is typical to automatically assign resources to complete the order exactly as it came in. However, open dialogue with the customer and the energy of critical thinking can reveal the root problems that need to be addressed. This may result in a project of greater scope, but the outcomes will be magnitudes more sophisticated and enduring for the client organization. MITRE’s work on sUAS is emblematic of such an approach. The initial development of the Razor was an extension of a request to refurbish another expensive and tarnished machine. Out of the Razor came the Nibbler Surge and adoption of advanced manufacturing concepts with 3-D printing in the Marine Corps. Finally, development of the sUAS Threat Characteristics Spectrum was not directly assigned to MITRE, but recognition of the risks involved in their work is seen as a vital point in the success of the larger sUAS program. Each of these examples shows how much more can be achieved if the limits of a project are questioned.

Jack Caldwell is a rising senior at James Madison University. He is pursuing a Business Management major with an Entrepreneurship & Innovation track and minors in Political Science and Asian Studies. He is working as Business Process Innovation intern for the MITRE Corporation, in the Enterprise Strategy & Transformation division.