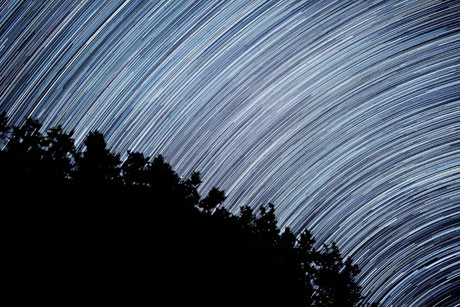 Although I’m a mere mortal myself, I do admire leaders with the gift of inspiring—not ordering—others to collaborate and do meaningful work. Command and control approaches are easy to set up, but they don’t necessarily enable enduring greatness or creativity. The author of this post shares his take on one of the most successful movie producers of all time. Makes me feel ready to try to create the future. And you?—Editor

Photo by Jeremy Thomas on Unsplash

It’s Sunday, and I’m getting ready to watch Wonder Woman. We have tickets, and the reviews are great.

I read a lot of comic books. I call them education periodicals. The name started as a joke, but today I smile at how much truth lies in the phrasing. Fantastical stories, with comics as the foundation, are my foundation for leadership. And of the scores of leaders I’ve worked with, a handful stand out as heroes. I suspect that you have a similar team of champions.

From this short post, I hope you take away four things for your own journey to greatness:

Heroes inspire and give space for others to achieve greatness. They guide people on their journey to mastery. I saw this with my first X-men comic when I was 10. In the near 40 years since, I’ve read over and over how this team of outcasts and misfits has saved the world and universe multiple times. Their leader inspires; he also cares for and protects his team.

Today, I collect different types of hero stories. Stories of those who challenge the status quo. Those who go against the odds to create long-lasting change. My favorite leaders inspire and give hope to others. They remove fear, just like the heroes I started reading about in the 1980s. The far right of the bell curve of leadership interests me the most. The top 1% of the top 1%.

Okay, so take a pause with me for a moment. Look back to the best and worst leaders you’ve worked with—what type of leadership did they practice? If your first thoughts are of the worst types, you are not alone. Often people find it easier to recall bad leadership. I’ve heard stories about micro-management. About leaders acting like schoolyard bullies, overbearing father figures, and, at the extreme end, my-way-or-the-highway despots. The reactions people have are often visceral. There is something about working for a lousy leader that is primal. We want to run away from them or fight back.

For the stories I collect, I’m not interested in exploring what makes bad leaders bad. Instead, it’s the leaders who build others up and create amazing cultures who interest me. So, let’s explore two examples germane to the work I perform as a MITRE project lead. One about the most successful movie company president of all time, Ed Catmull. The second about a US Navy Officer, David Marquet, who stopped giving orders and turned the worst submarine in the Navy into the best boat the Navy may have ever seen. Both men wrote books about their journeys in leadership, and it is to these resources that I refer you for insight beyond what I talk about here.

A leader crafts cultures of innovation and creativity

For greatness to emerge, there must be phases of not-so-greatness. That is the story behind Ed Catmull’s book Creativity, Inc.: Overcoming the Unseen Forces That Stand in the Way of True Inspiration [1]. As a book, it offers the gift of insight into how to create an amazing creative culture. Catmull explores how he built the culture of Pixar Animation Studios. He follows through by talking how he brought this culture to Disney Animation, and, as Wired Magazine summarized it, brought the magic back to Disney Animation.

1994 and 2010 were dark times for Disney Animation. 17 years without an animated box office hit. Yet during that same time, Pixar released 14 animated hits. So Disney bought Pixar with the hope that Ed Catmull would save Disney Animation. He did. In 2010, 3 years after they joined forces with Catmull, the same Disney staff, the same talent released Tangled. It opened number one in the box office. In 2013, Disney released Frozen, the highest grossing animated film of all time.

Now you’re likely asking yourself, what changed? As a betting man, I’m sure you’ve worked in places where you felt vulnerable, not listened to, maybe even invisible. Ed Catmull’s strength—nay his super power—is removing the fears that prevent creativity from happening. He believes inspiration can, and does, come from anywhere, so he creates amazing cultures where fear has no role.

As a leader, start by assessing where fear exists in your organization…

In Frank Herbert’s Dune, the heroes understand that fear is the “mind-killer…. the little-death that brings total obliteration.” To produce art, be it in physics, data science, management or any other field, you must find where fear exists, understand what’s causing it, and root it out as best you can. Some refer to this practice as mindfulness. The mindful elimination of fear drives Ed Catmull because fear kills the creativity and innovation that nurture great movies.

So be Catmull for a moment. Ask yourself his six questions to understand the state of fear in your organization. They look simple. The answers are yes or no. Reflect on them. My answers surprised me. I suspect yours will, too:

I suspect you answered yes to more than a couple of the questions. Fear exists. One way to start addressing it is by making it safe to improvise.

…and then find ways to build creative confidence instead

Two primary rules govern improvisation classes. The first is to build upon the ideas of others. The second: always make your partner shine. Observe before reacting and, most of all, avoid predicting the future—your job when you’re on stage is to just go with what your partners present to you, trusting them and yourself.

As a project leader, I aim to help my own teams become masters of improv. Together, we live the moment. We learn to trust one another, and that trust drives our success. Catmull worked this way and talks about it in his book and in interviews. So did Peter Drucker, the greatest management consultant of the 20th and 21st century. If he were alive today, I believe he would speak highly of Catmull, as he wrote about the fallacy of trying to lead without trust: “Predicting the future can only get you into trouble… Executives are not in control of the universe any more than other mortals are” [2].

Embracing similar wisdom, I believe that Catmull overcame what Drucker saw as the great challenge facing any organization: achieving “balance between continuity and change”—between the things that cause fear and mistrust and the things that create the psychological safety to experiment in the moment [2].

In fact, Catmull did this twice, with his team at Pixar and his team at Disney Animation. He enabled them to protect the future of their creative work, not past failures or even successes. I admire this insight.

One way Pixar creates its future is through its brain trust. This team of the most senior managers and leaders in Pixar has a unique way of achieving balance. They give directors – their equivalent to MITRE project leaders—full creative control of their projects. This means that when the brain trust recommends changes to a director, those changes are just that: recommendations. Now imagine your boss’s boss making a recommendation to you, and you not being obliged to make the change. This is about as far away from industrial age leadership as it gets. Weird as it sounds, though, this level of independence enables creative leaders to get through periods of not-so-greatness.

Some organizations are not ready for the unconventionality exercised by a Pixar style brain trust. You can still create your own. I formed ours two months ago. I started by asking people I admire to join.

My team’s brain trust is a small group of six people. Each person is a rock star. They are outside our reporting chain to ensure our autonomy.

Our first gathering in June inspired me. By focusing on areas where an adversary could make our customer irrelevant, we identified areas we should guide our work towards. We plan to meet every three months.

Like you, Ed Catmull is a leader for the modern age

Catmull is a real leader, not a character from the comics. By giving up some control, he created one company and changed the culture of another to create beloved animations and heroes that have inspired a generation. He didn’t require special tools. He led people to change their own processes and culture, and to thrive.

At this point, you are surely wondering what Catmull has to do with MITRE and its work. As a technology company, we are asked to innovate, break the status quo, and create things that have never been done before. As you go forth to do the same, my wish for you is that you find Catmull’s ideas inspiring:

Now, I believe that culture eats strategy for breakfast. An amazing culture doesn’t need a strategy—it finds its own way. Within a resistant culture, no strategy survives. My next post dives into the leadership of David Marquet, a submarine Commanding Officer who led his boat to greatness. He did it by not giving orders. I know that sounds crazy. It worked. More to follow.

Casey Creech serves as a MITRE Project Lead. It is his duty to build amazing teams to address some of the hardest challenges facing his sponsor. His teams lead analytic, analysis, and capability modernization. They build close relationships with their individual sponsors, to understand their specific challenges, remove fear of change, and bring their technical expertise to enable creative outcomes.

[2] Maciariello, Joseph A. (2015). A Year with Peter Drucker: 52 Weeks of Coaching for Leadership Effectiveness. Brilliance Audio.